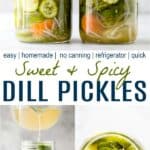 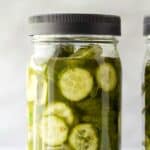 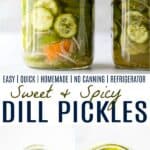 The Best Easy Sweet & Spicy Dill Pickles – learn how to make pickles at home that are better than the store. Crispy, tangy, spicy and sweet these Dill Pickles make a delicious snack or sandwich topping. No canning necessary for these easy refrigerator pickles. 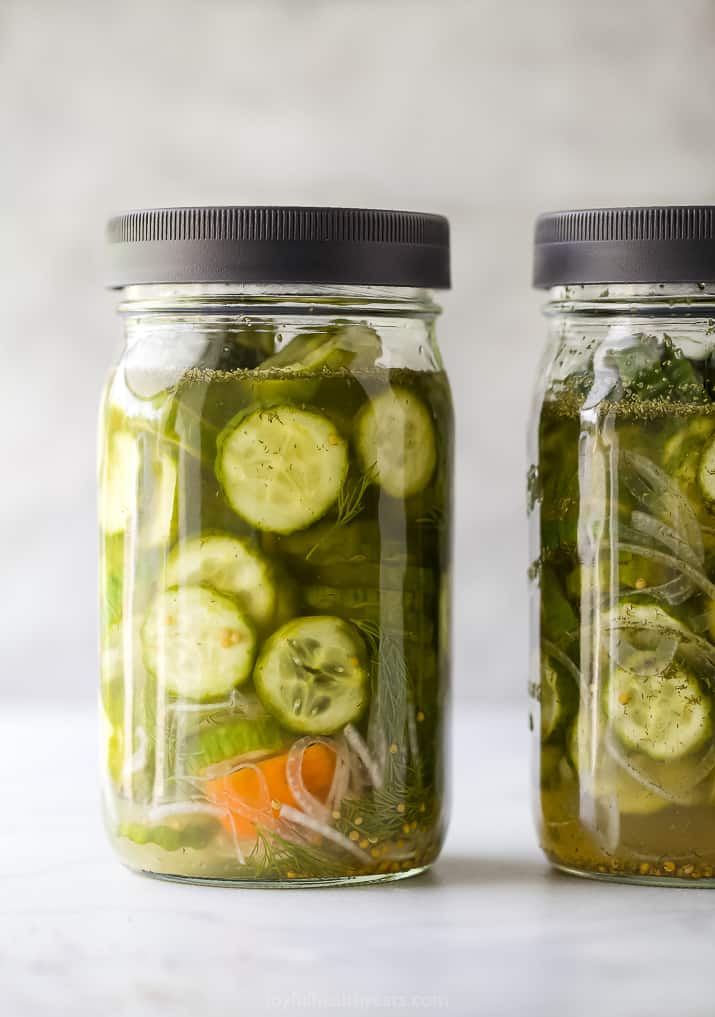 One of my projects during COVID-19 like most people was a garden. I have been known to kill “all the things” when it comes to gardening. But I took it as my personal mission to learn about it, become discipline in taking care of them and to actually produce crop!

Well, I’m here to tell you I was successful!!! In your face old me! haha!  I grew cherry tomatoes, bell peppers, jalapeños, herbs and TONS of pickling cucumbers! I had so many cucumbers I basically was making a new batch of pickles almost every 2 days! It was nuts. The good news is I have perfected my Sweet & Spicy Pickle Recipe and y’all … they are straight up addicting! 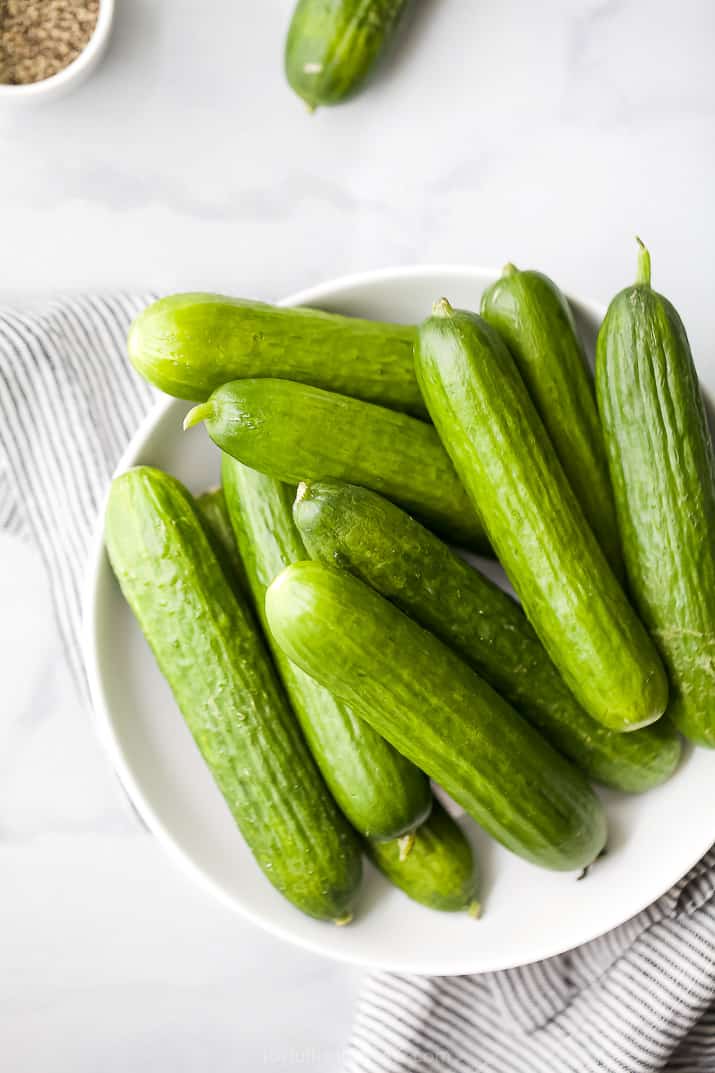 What turns a cucumber into a pickle?

Well, the short answer is the pickling or brining liquid made from vinegar, water, sugar and salt is what turns cucumbers into pickles. This brine gets poured over the cucumbers  and transforms the vegetables into pickles. Woohoo!

What cucumbers make the best pickles?

The best cucumbers to use for pickles are Kirby cucumbers a.k.a. pickling cucumber. They hold up to the brine much better than English cucumbers do leaving you with a firm and crunchy cucumber instead of a soft cucumber. I’ve also found that Persian cucumbers do the job as well. 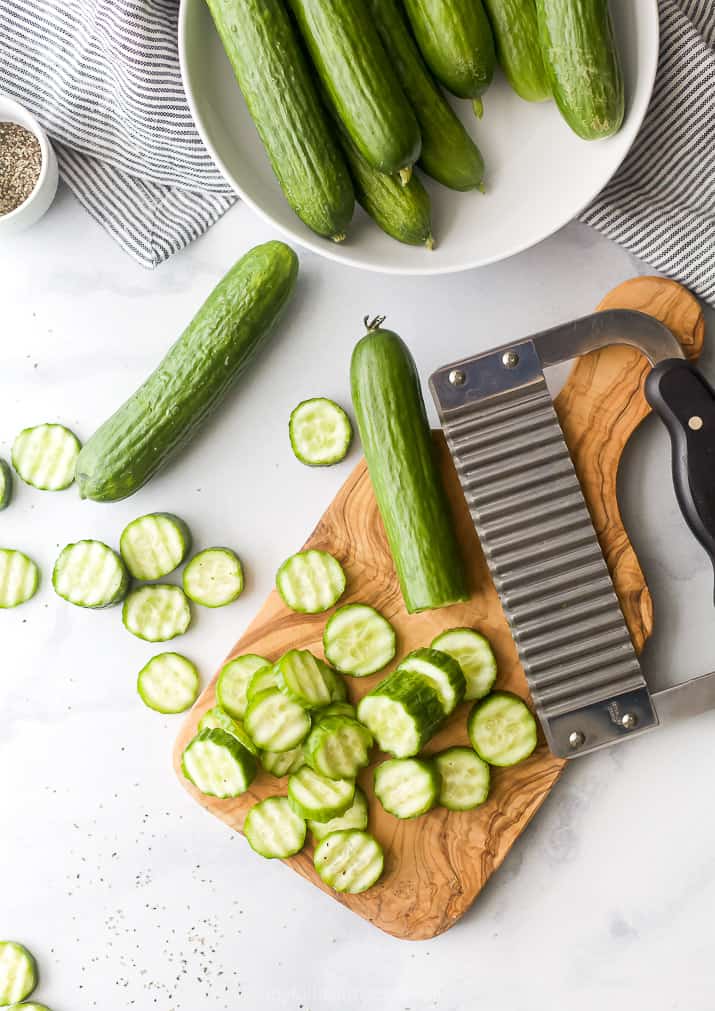 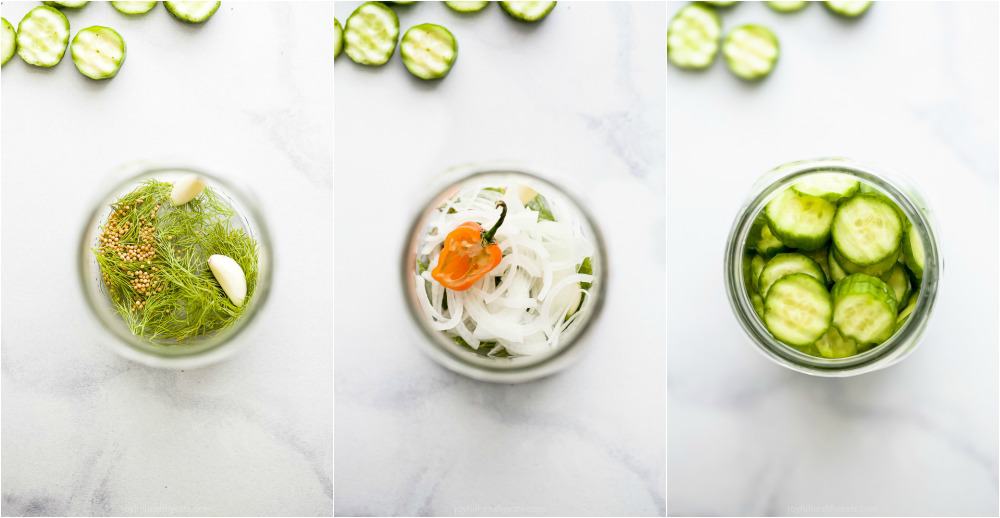 How to Cut Cucumbers for Pickles?

There are a couple different ways to cut cucumbers for pickles. Here are the 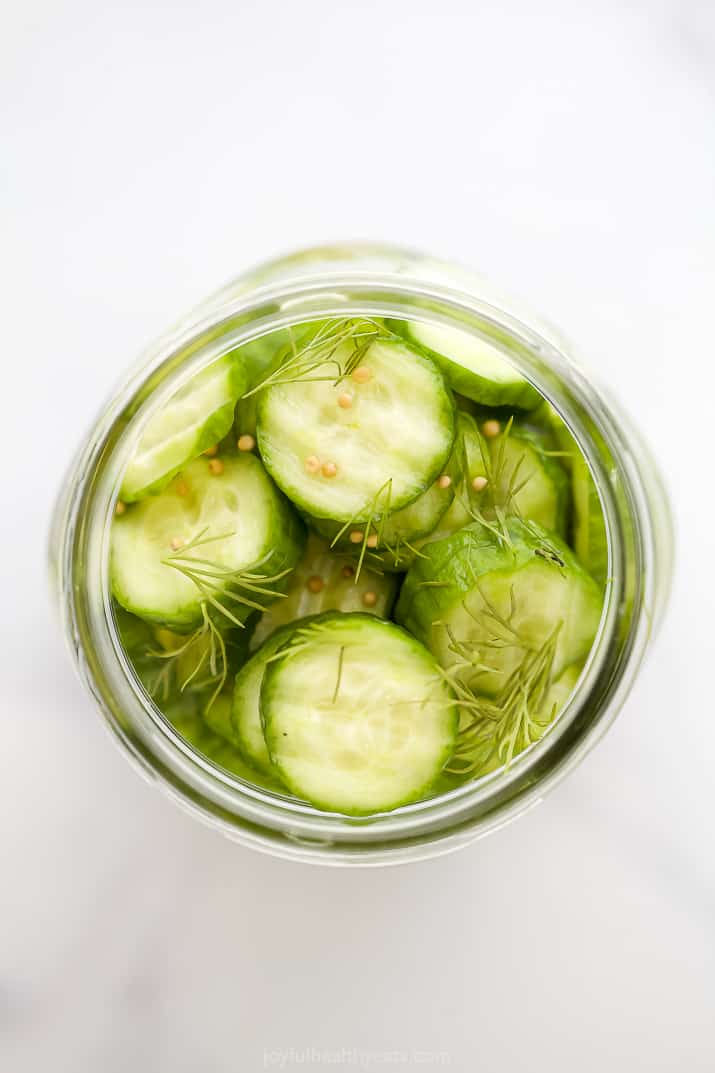 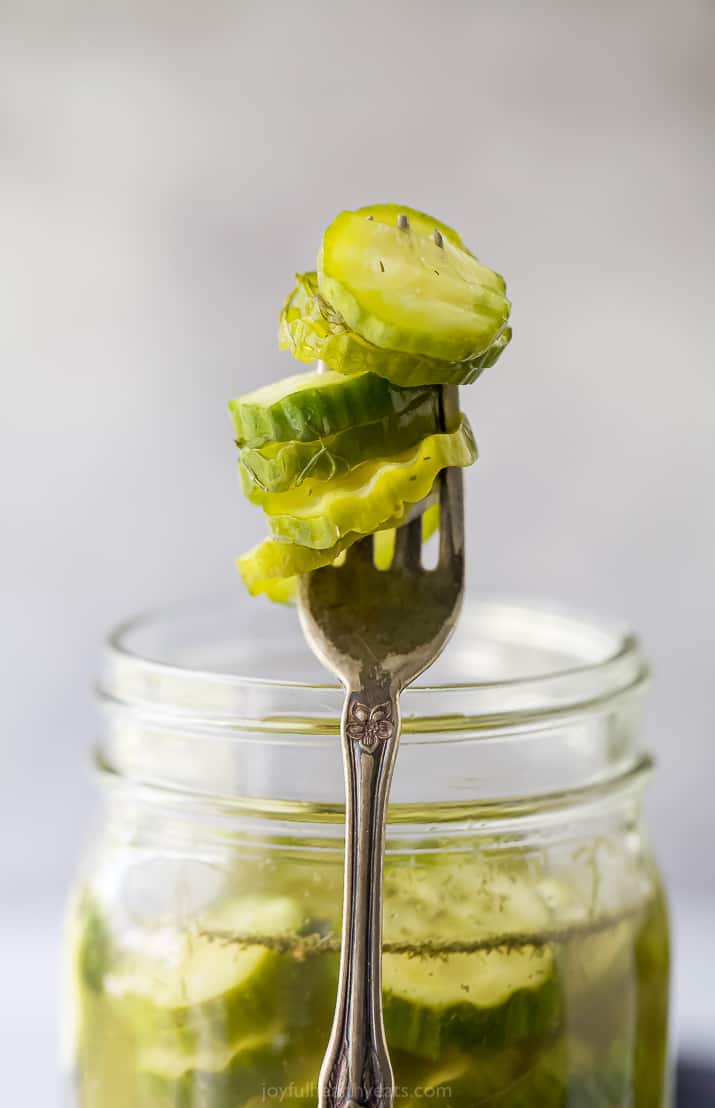 How to Make Homemade Dill Pickles?

Homemade Pickles are way easier to make than you think. These Sweet & Spicy Refrigerator Pickles are not canned, they are simply put into jars and stored in the refrigerator. The brine is heated then poured over the cucumbers to make the pickles in a more rapid way. So you can literally eat them after 24 hours instead of waiting 3 months! Amen!

How long do refrigerator Pickles last?

In general, homemade pickles should last for two months or so if stored properly in a jar in the refrigerator. But note, the longer they sit, the less crunchy they become because the brining liquid softens them up. I find they are BEST at 2-3 weeks! But honestly they are gone in our house after a week. We are pickle addicts. 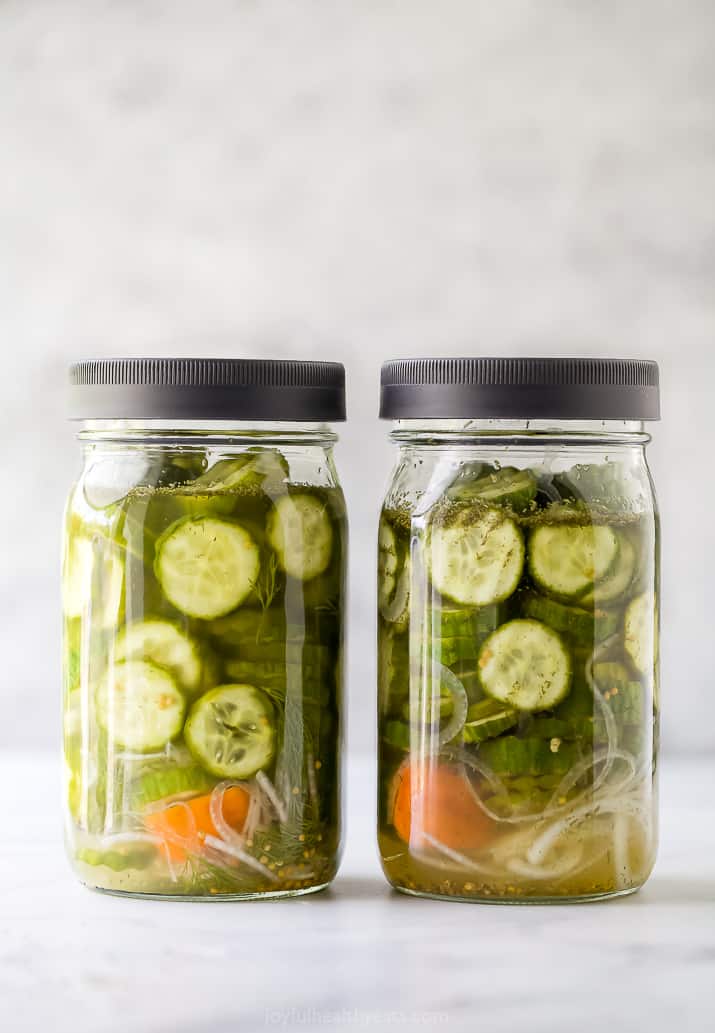 What are the best pickles?

Um… this  question is easy, of course these are the best pickles out there. I made them! Honestly, I haven’t bought pickles from the store since I started making these and they don’t last long so I’m making pickles every week! You’ll love the brininess from the vinegar, heat from the habanero and mild sweetness to balance everything out with that dill kick at the end.

Obviously one of the best most common places to serve pickles is on sandwiches or burgers. However, we also love them as a condiment on our Epic Cheese Board or serve spears alongside one of these sandwiches for a deli-style lunch: 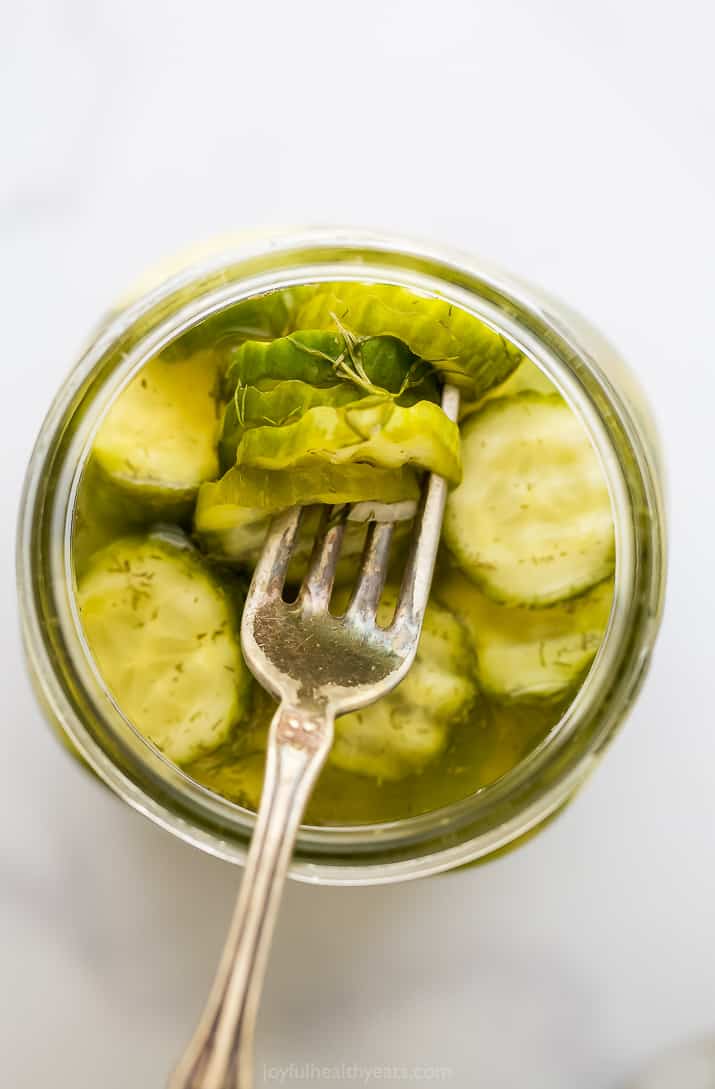 ** This post does contain affiliate links. Thank you for supporting Joyful Healthy Eats.**

The Best Easy Sweet & Spicy Dill Pickles – learn how to make pickles at home that are better than the store. Crispy, tangy, spicy and sweet these Dill Pickles make a delicious snack or sandwich topping. No canning necessary for these easy refrigerator pickles.

** As with everything. The longer pickles sit the more flavor they absorb. 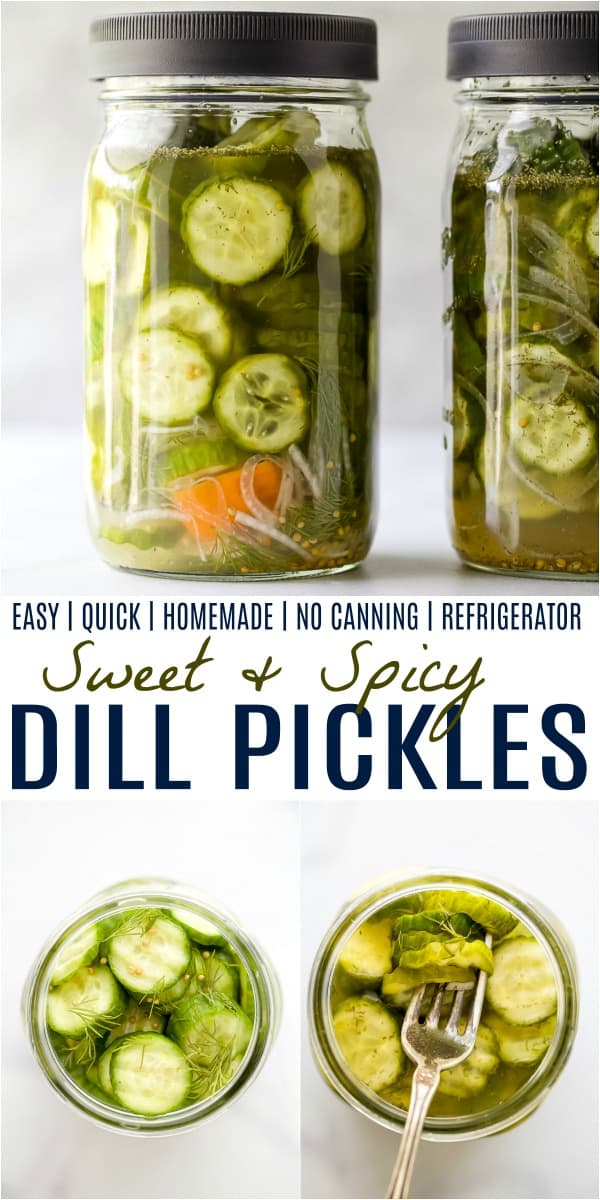 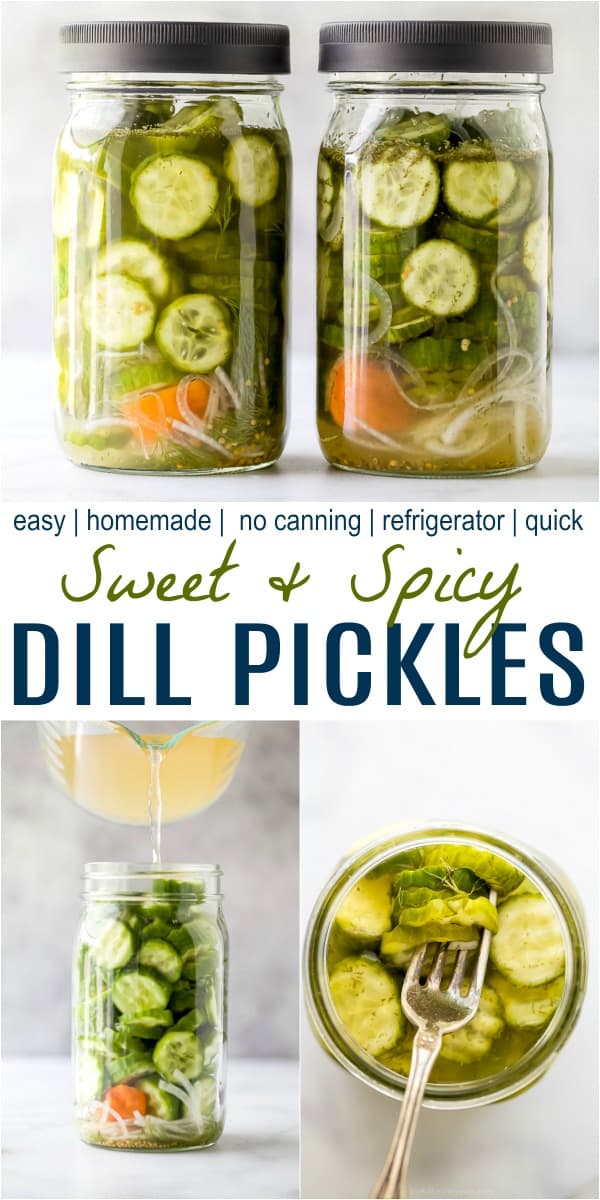 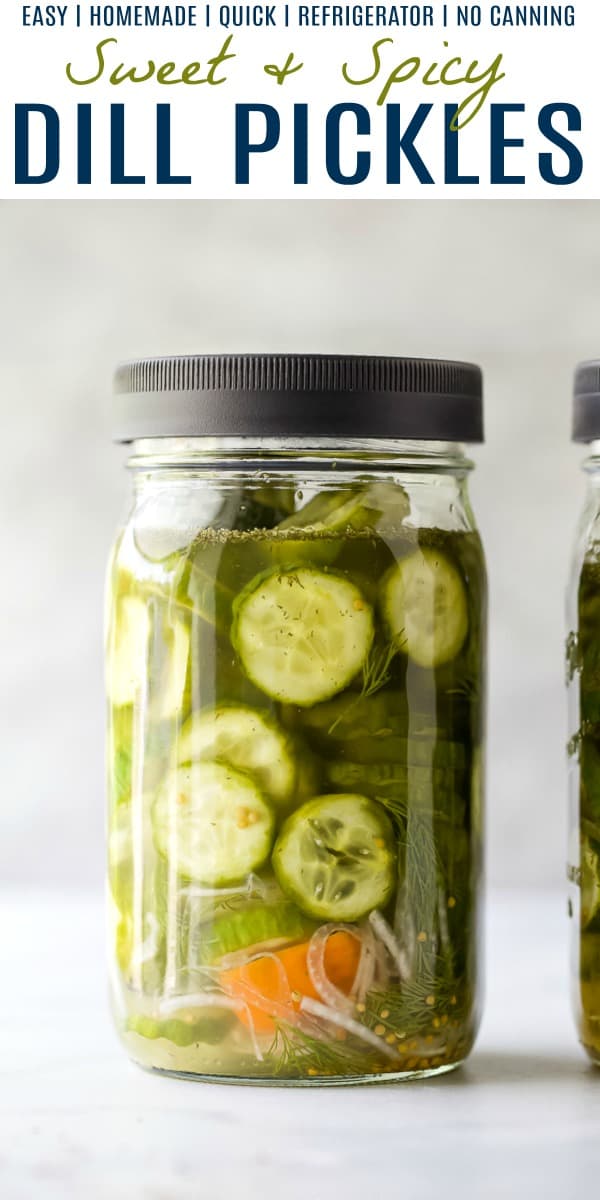